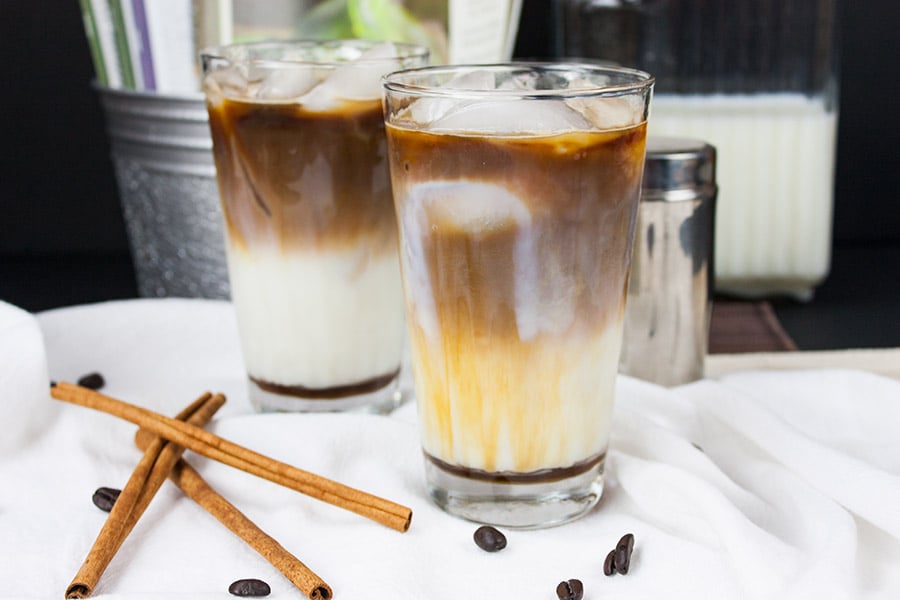 Beat the heat and save money with a homemade iced cinnamon macchiato! Macchiatos are so easy to make at home. You will almost wish you didn’t know how.

Macchiatos are a layered espresso drink that starts with flavored syrup, ice, milk, espresso and another layer of syrup if desired.

To make a simple homemade cinnamon syrup. Add the sugars and water to a saucepan. Whisk until the sugars are dissolved. Add the cinnamon sticks and simmer for 10 minutes on low heat. Remove from the heat, add the vanilla extract.

That’s it, simple right? Store in an airtight jar or bottle in the refrigerator for up to 3 months.

Fill the glass almost full with ice cubes, then pour the syrup over the ice.

Pour 1 cup of milk over the ice.

Pull 2 shots of espresso and pour espresso slowly over the milk.

We use skim milk but you could certainly use almond or coconut milk to make it dairy free. Your choice. Be your own barista and make the macchiato to your desired preference.

I personally own a regular coffee maker, an espresso machine, and a Keurig. Does this mean I have a problem?

I use them all on a regular basis. Don’t you?

I hope you enjoy my version of Starbuck’s Iced Cinnamon Macchiato.

Drizzle a Starbucks signature caramel cross hatch and a sprinkle of ground cinnamon over the top just adds that little extra touch. I personally skip both and really enjoy it just like it is. 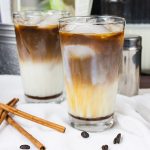 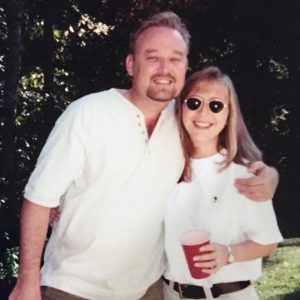